In 1965, nearly one million unarmed civilians were killed in Indonesia with active U.S. assistance. This was the end of a decade-long attempt to stop the rise of the largest communist party outside the USSR and China. The resulting dictatorship buried the truth until this day, but the massacre shook the world. Left-wing movements radicalized, afraid of suffering the same fate as the unarmed Indonesians, and the world’s committed anticommunists – especially in Brazil and Chile – learned from the mass murder, creating terror campaigns named after the Indonesian capital.

This essay is adapted from the author’s book The Jakarta Method: Washington’s Anticommunist Crusade and the Mass Murder Program That Shaped Our World, published this week by Public Affairs.

I’m happy to see Vincent Bevins’s book The Jakarta Method being released. He has uncovered much new information about how the complete destruction of the PKI in 1965-66 became a model to follow for military officers in South America. The story of “Jakarta is coming” being a slogan in Chile before Pinochet’s coup is legendary but the details of the transnational connections have remained unknown. I’m still not sure why Latin American specialists have not brought out this information before. It certainly changes how the history of the mass disappearances in Chile and Argentina should be written and it confirms the importance of the argument that I’ve been making, that the mass killings of 1965-66 should be understood as mass disappearances. (status facebook John Roosa)

What the United States Did in Indonesia (2017) – VINCENT BEVINS

A trove of recently released documents confirms that Washington’s role in the country’s 1965 massacre was part of a bigger Cold War strategy.

The methods Suharto used may have inspired other Washington-backed right-wing putsches around the world. According to several accounts of Santiago, Chile, in the days before the U.S.-backed coup that deposed Salvador Allende, cryptic graffiti showed up on walls around the city. Referring to the capital of Indonesia, they read, “Jakarta is coming.”

Direct U.S. support for the massacres is by now a well-established fact. In 2017 the nonprofit National Security Archive, along with the National Declassification Center, published extensive diplomatic cables covering “that dark period,” as an excellent story by Vincent Bevins in The Atlantic said at the time. “Untold numbers were tortured, raped, and killed simply for being accused of being communist,” Bevins wrote. “Simply for their political beliefs, they were subjected to mass slaughter. Across the country, one by one, Indonesians were shot, stabbed, decapitated or thrown off cliffs into rivers to be washed into the ocean,” Bevins observed in a piece for The Washington Post.

Vincent Bevins also reported in the Atlantic, “While the newly declassified documents further illustrated the horror of Indonesia’s 1965 mass murder, they also confirmed that U.S. authorities backed Suharto’s purge. Perhaps, even more, striking: As the documents show, U.S. officials knew most of his victims were entirely innocent.” Again, this is accurate reporting but fails to mention mainstream press culpability, endorsement, if not outright denial of the US backing of Suharto for three decades.

“Some elements within the U.S. government had been trying to undermine or overthrow Sukarno, Indonesia’s anti-colonial independence leader and first president, far before 1965. In 1958, the CIA backed armed regional rebellions against the central government, only calling off operations after American pilot Allen Pope was captured while conducting bombing operations that killed Indonesian soldiers and civilians. Agents reportedly went so far as to stage and produce a pornographic film starring a man wearing a Sukarno mask, which they hoped to employ to discredit him. It was never used. Then for years, the United States trained and strengthened the Indonesian army. After John F. Kennedy›s death derailed a planned presidential visit to Jakarta and relations worsened with the Johnson administration, Sukarno strengthened alliances with communist countries and employed anti-American rhetoric in 1964. 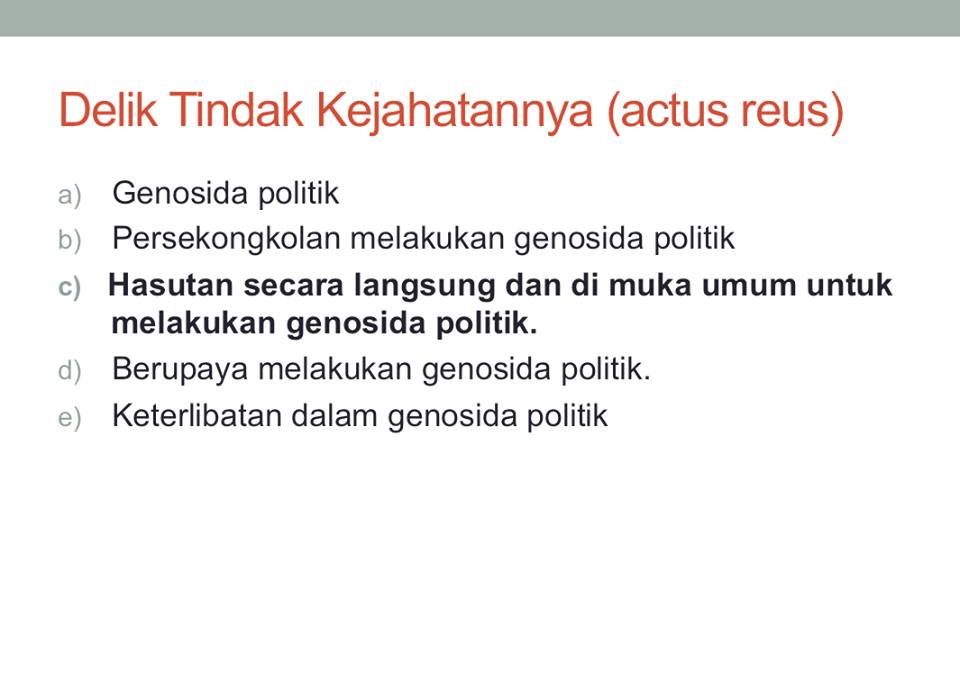